Last year was the first year that my little girl had a definite opinion of what she wanted to be for Halloween. She wanted to be Strawberry Shortcake and it was my job to make it happen.

Today, I'll give you an idea of how I pieced together this Strawberry Shortcake costume with some already made items, and a little creativity.

I have to say I'm not a huge fan of store bought costumes, especially for little girls.

One of my favorite memories as a kid was my mom making my costume, or at least semi homemaking it. She always came up with some of the most creative costumes that you would never be able to find in the store.

Now that I have kids, I really enjoy doing their costumes. I'm not very good at sewing clothing, so I almost always opt for a semi homemade costume.

With a simple Google search, I was on my way to making my little lady into Strawberry Shortcake!

I made the hat with hair and the t-shirt. Everything else I found in her closet or borrowed from a friend.

My mom had this hat from her first job at Burger King…. hahaha. I used it as a guide for the hat I wanted to make; you can use any similarly shaped hat as a guide.

When deciding on how big to make the hat, measure the kiddo’s head and then add a couple inches because the yarn hair will take up a little bit of space.

Cut 2 pieces of green fabric a little larger than your cardboard bill and sew it together on the rounded edge. Insert the cardboard and set it aside.

Step 3: Sew the top and attach the bill

For the top part of the hat, cut 4 triangles with rounded bottoms from the pink fabric, and sew the edges together until you have a sort of circle.

Sew the bill to one side of the pink circle and finish off the rest of the edge with green bias tape to make a band. (I used a safety pin to adjust to the size of my daughter's head when she wore it.)

How to make the hair for a Strawberry Shortcake costume

Do you remember being a kid and having your head itch like crazy on Halloween? I wanted my daughter to be able to take the hair off if she wanted to.

But, I wanted people to be able to tell what she was even if she didn't have the hair on. So I came up with a way to easily remove the hair, and have it not be so much hair that her head would get all hot and itchy.

I had a felt headband with reindeer antlers on it from the dollar bin at Target. I cut off the antlers and used it as the structure for a yarn wig. (You can easily make the structure with a band of fabric or felt and a little piece of Velcro.)

Gather your yarn by looping it over your hand and letting it hang at the length you want for Strawberry Shortcake's hair.

Then, lay it on the fabric (or felt) headband and sew it on.

Be sure to leave a space for your kid’s face to show through. To put on the hair she will simply put this band around her head and then put the hat on!

The rest of the costume was no-sew! My daughter already had a long sleeve pink with red polka-dot dress and green and white striped leggings that were a tad bit small, but worked fine.

I bought a white t-shirt at Wal-Mart and painted the green diamonds and strawberry on it with craft paint.

The final touch were the red glittery shoes that I also found at Wal-Mart- and they did double duty for Christmas!

She was thrilled! I added some freckles with an eye pencil and a little blush and she was the cutest little Strawberry Shortcake ever! 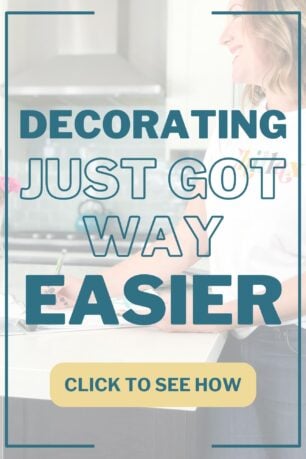